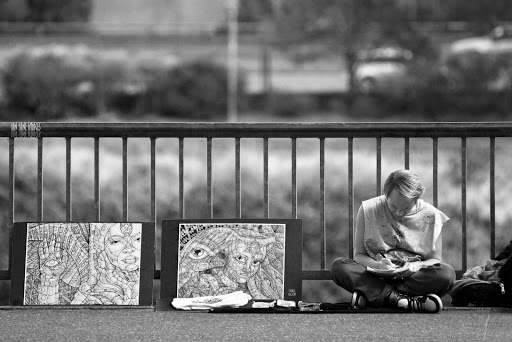 Creativity has been shown to improve people’s lives. Having a creative outlet can boost our mood, keep us happy, help us relax, do wonders for mental health, and, as one study shows, make us better workers. Being creative outside of work improves productivity not only as we see it in ourselves, but also in how our colleagues rate our work. More importantly, what defines a “creative” activity, goes way beyond the arts.

How Does Creativity Help Productivity?

Researchers from San Francisco State University, Air Force Research Laboratory in Dayton, Ohio, and Illinois State University had an idea that when we engage in creativities outside work, they help us recover from work, which basically leaves us refreshed so that when we return to work, we’re more productive. What they wanted to test is whether that’s true, and if so, what skills actually improve as a result of this recovery.

Kevin Eschleman and his co-authors had test subjects rate their own performance with online surveys and also report their creative hobbies. They ran a second study with a different group of individuals, Air Force captains, in which they asked the subjects’ co-workers and subordinates to rate the subjects on their job performance and skills, providing a very different point of view, and one that’s a much more objective than self-reported data.

You Don’t Have to Paint to be Creative

So what exactly constitutes “creativity” or a creative hobby? These researchers decided to be as broad as possible with the term and include anything that “involves the exploration of new cognitive pathways and connection of previously unrelated thoughts” (citing Koestler, 1964), or really anything that could loosely be considered creative, from creating art to decorating the living room to cracking jokes. Rearrange your living room furniture? That counts. Even planning what you’ll do in your free time could be considered a creative endeavor, and in this study, it is.

The researchers hypothesized that people recover from work in four ways: through mastery, control, detachment, and relaxation. They were all mostly found to be true, except for detachment.

Mastery is like taking a class or spending years writing poetry, or doing something that results in learning new skills. Sometimes those skills spill over into the workplace, and sometimes not. Either way, it usually boost people’s moods to do something well and progressively get better at it. It might also help people with creative problem-solving at work, the old “thinking outside the box.” In other words, when you master a skill that’s unrelated to your job, it might give you a different perspective on how to solve problems at work.

Control simply means having agency over your own leisure time. I find this variable particularly interesting. Being able to choose how you spend your free time, it turns out, is vital to recovering from work. At work, of course, most people don’t choose how to spend their time. They have less agency. I almost think of control in this context as freedom. When we feel free outside of work, it helps us recover from work and return to work more refreshed.

Relaxation is pretty straightforward. Stroll through the gardens, meditate, listen to music, and you might release some of the negative emotions related to work.

Detachment from work (the only one that didn’t seem to have much of an effect on productivity) has to do with mentally disengaging, or checking your problems at the door when you go home. If you obsess over work email on the weekends, you are definitely not detaching. The researchers thought that engaging in creative activities would lead people to become absorbed in what they’re doing and forget about work for a while, i.e., detach.

So What Does Creativity Do?

Let’s get to the real question: Does being creative actually do anything for job performance?

More importantly, when workers were rated on job creativity, those with greater levels of creative activity outside the office were rated higher both by themselves and others.

Mastery and control seemed to be the two most influential factors on actual job performance, but the researchers say it’s hard to measure indirect effects of some of the variables. There are a few things about this study that I don’t find highly convincing, and the discussion of indirect effects that are difficult to quantify is one of them. I’m not convinced. I do believe there probably is a lot of value in exercising creativity outside of the workplace, and that the value carries over into one’s productivity, but unfortunately, I don’t find this research particularly convincing of the point.

At the end of the article, the researchers praise companies such as Zappos for hanging employee artwork on the walls and promoting creative activity among employees. But the research was specifically about being creative outside the workplace and working hours! This point is another one that makes me question the work and recommendations.